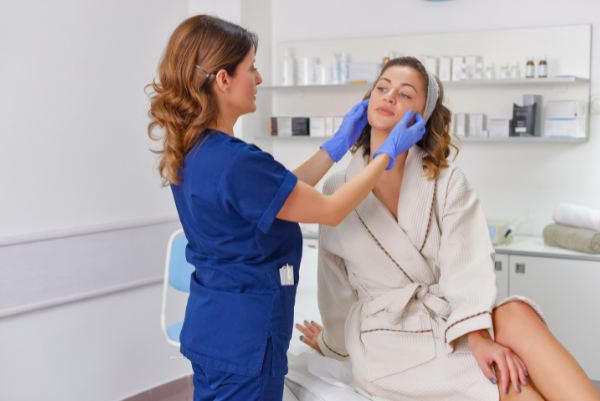 While there has been no cure for vitiligo, many treatment techniques have come as a rescue for the patients suffering from this auto-immune disease. However, dermasurgery can serve as a possible cure for vitiligo. Dermasurgery involves using surgical procedures to cover up the sites of white patches and induce repigmentation in them by producing new melanocytes. The surgery can be performed either through skin grafting or through melanocyte transplants.

There are various techniques in which a skin grafting, or a melanocyte transplant can be performed.

It is a very simple and effective technique, most commonly used by the doctors. Small skin pieces are punched from the donor site, usually the buttocks or the thighs. Similar sized holes are punched on the depigmented skin and the skin piece taken from the donor site is grafted onto this recipient site. These new skin grafts start producing pigment and bring back the skin to its normal skin tone.

It is similar to punch grafting, except that larger and thinner sections of skin are shaved off. These sections are then grafted onto the affected area where the skin is removed. This technique is usually used to treat larger areas affected with depigmentation.

Under this technique, epidermis is separated from the dermis by applying suction over the skin. This leads to formation of blisters on the skin. These blisters are surgically removed, cut to appropriate shape and size and then grafted on the affected areas of the skin. The affected areas of skin are prepared first for the transplant by removing the upper layers using a dermabrader. The technique is however time-consuming as it takes approximately one to two hours for the formation of blisters. Moreover, the blister formation is painful as well.

Who can Undergo Surgery?

The surgical procedures have been very effective in treating vitiligo and has come with great results. It has lead to more than 75% repigmentation in most of the patients. Moreover, there are not many downsides of these surgical procedures. Mayra Skin and Aesthetics Clinic provides all these surgical treatments with great precision using the most advanced techniques and equipments. The procedure is performed with due care and expertise so that there are minimal side effects from the procedure. Surgical procedure can be your way to get rid of vitiligo for a long time. It can also serve as a possible cure. So, book an appointment soon.