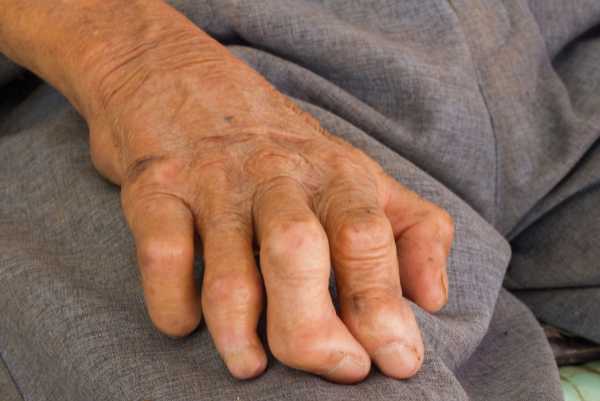 Leprosy creating bacteria, such as bacillus Mycobacterium leprae, affects the skin and bothers skin and peripheral nerves both. The disease does not make the soft tissue to decompose, though, like the disease increases and an infected individual begins to have the mutilating skin sores and harm to the peripheral nerves, the sufferer can lose sensation in hands as well as feet.

When this occurs, an individual can harm that limb and not experience any ache, so doesn’t see the injury. With the damage not getting seen, it becomes tainted and gangrene fixes in-thus the flesh starts to decompose.

Signs involve reddened or arid patches of skin. The primary indication of leprosy is generally marked on the skin that can be somewhat redder, darker, or lighter in comparison to an individual’s regular skin color and these marks are totally numb to touch and warmth. Slowly this skin infection may direct to regions of swelling and bulges, which may direct to severe mutilating if they come on the face. Different issues that an individual may get consist of tingling feeling on the edges, sightlessness or failure of toes and fingers. Leprosy may also make muscles weak that can direct to emaciated malformations.

There are different ways Leprosy gets spread

1. Family contact is a very normal reason for spreading of the disease. If somebody in your family has this disease, you could possibly attain it from that individual by allocation, intake utensils or ingestion glasses, in addition to kissing and sexual contact.

2. Breathing in the bacteria by sitting with somebody who is affected with leprosy is one more way the disease may be spread out.

3. Insect bites as of insects that hold bacillus Mycobacterium leprae is one more feasible way that you may get Leprosy.

4. Mucous membranes of the nose may also hold the bacteria, which are responsible for Leprosy.

As some bacteria of Leprosy are defiant to definite antibiotics, an arrangement of antibiotics is recommended to cure the disease. A particular amount of these antibiotics would rely on the kind and ruthlessness of the situation. Rifampin, Dapsone, and Clofazimine are frequently used. Throughout the course of uncured or even cured leprosy, the immune system can develop inflammatory responses. Thus, anti-inflammatory medicines can also be recommended to decrease tenderness. At Mayra Skin and Aesthetics Clinic, you will get the best Leprosy treatment in Indore. With many years of experience, we are specialized in offering effective treatment ever.